Originally, the League's positions on legislation were expressed through the Executive and Legal Advisory Committee. However, by 1920 a Legislative Committee was functioning as a key body within the organization. This Committee continues to play a vital role in determining the League's policy decisions. In recent years the 100 member group has been analyzing more than 400 bills annually at periodic study meetings while the legislature is in session. The current Legislative Committee is composed of officials to represent a cross-section of communities, as well as municipal officers and functions.

In 1920 Sedley H. Phinney became the League's Executive Secretary (this title was changed to Executive Director in 1949). Phinney remained in this position until 1932.

In 1920 the League office moved from its original location in Princeton to 410 American Mechanic Building, Trenton. The moved provided League staff with instant access to the resources provided by the State Library and state offices, and assured close contact with proceedings during the legislative session. 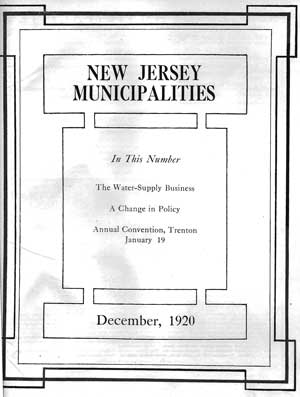 In 1921 the League's headquarters moved from its original location in Princeton to the Trenton Trust Building at 413 West State Street in Trenton. This move enabled the League staff to make daily trips to the State House. The Capital City has since been the site of League operations, with the Trenton Trust Building being the address for over 40 years.

Earlier state laws in 1918 and 1920 delegated to certain municipalities limited authority in terms of planning in 1918 and 1920. An adverse court decision involving Nutley led the League to champion an eventual amendment to the State Constitution, and throughout the 1920s the League worked through the "Zoning Campaign Association" along with the State Real Estate Association, the State Federation of Labor, the State Federation of Women's Club and the State Chamber of Commerce as part of a public education campaign in support of planning and zoning authorization. Support for planning and zoning grew and culminated in PL 1928, c. 274, the first explicit authorization for New Jersey municipalities to zone. At the time, the League wrote: "The successful passage of this act is the latest step in a long series of maneuvers by the League and its officers extending over many years in an effort to obtain and uphold successful zoning." New Jersey Municipalities, March, 1928. Dozens of legal decisions followed in the subsequent months, most of which upheld municipal zoning.

The League, working closely with the cities of Newark, Trenton, Montclair and others, partnered with allies in Albany to achieve a change in the New York State Saving Banks Law. Under previous law, New York banks were not permitted to invest in municipal securities beyond 7% of ratables. The revised law increased that maximum providing significant financial relief to New Jersey municipalities.

In 1929 exhibits became a feature of the League's Annual Conference, when they were introduced on an experimental basis. Their popularity caught on slowly, evidenced by the fact that the 35th Annual Conference in 1950 lists only 10 exhibitors. By 1967 the number of exhibits had increased to 91 and to 150 in 1979. In 2006 exhibits reached a zenith of 1,162. 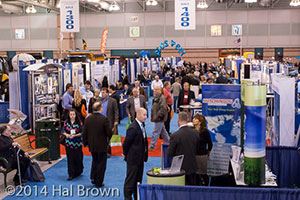 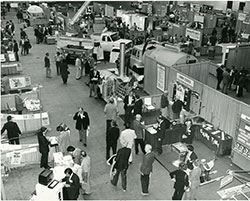