Reform of Pension and Health Benefits and the "Tool Kit": Following the imposition of a new 2% cap on the property tax levy, the League partnered with Governor Christie, Senate President Sweeney and Assembly Speaker Oliver, to advocate for significant management reforms; including reforms to the pension and health system, and the bifurcation of the local and state plans.

New Jersey Municipalities magazine wins the 2010 MarCom Award honoring its quality and content. The magazine was also recognized in 2006 by the Apex Award for Publication Excellence and again in 2013 by the MarCom Awards.

Since its formation in 2010, the Mayors Committee on Life Sciences (a joint endeavor of the New Jersey State League of Municipalities and We Work for Health New Jersey) has worked to promote economic development and innovation, educate legislators, policy makers and the public about the importance of the life sciences industry to New Jersey and its local communities, and benchmarked best practices within host communities that help grow and nurture the industry.

Cap on Interest Arbitration Awards: Following the passage of the 2% property tax levy, the League again partnered with State leaders to implement a 2% cap on interest arbitration awards. 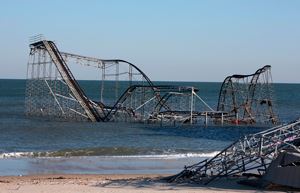 On October 29, 2012 Superstorm Sandy devastated New Jersey, forcing cancellation of the League's Annual Conference just thirteen days before the conference was scheduled to commence. The League takes an active role in assisting local governments in the aftermath of the storm, including acting as a conduit between the State and federal governments, and taking a leading role on issues such as vegetation management and energy resiliency.

In response to the widespread movement towards computer based distribution of magazine content, a digital version of New Jersey Municipalities magazine was launched, in addition to the longstanding printed version. 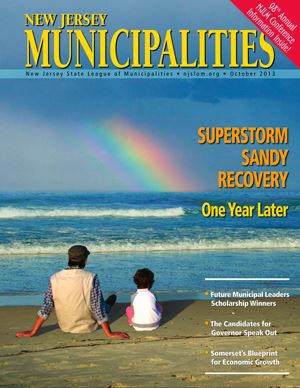 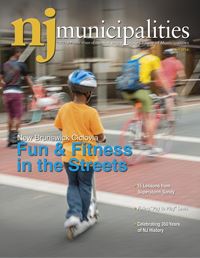 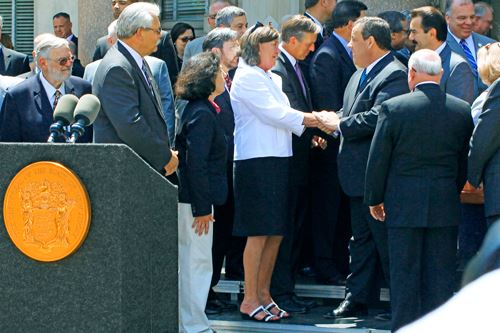 The League's first webinar is held: "A Quick Review of Budget and Audit Updates."

The League, partnering with Legislative leaders, successfully advocated for an extension of the 2% cap on interest arbitration awards.

The League embarks on its 100th year of service. Throughout the year, the League will celebrate this monumental anniversary with highlights and events. Information on the League's centennial can be found online at the 100th Anniversary page. Follow along on Facebook and Twitter using #njlm100.

Today, the League is a dynamic leader in the municipal affairs of New Jersey. Much of the credit for the League's record of accomplishment must go to the attitude of municipal officials everywhere, whose outlook can be expressed no better than it was put at the first League Conference in 1916:

"We have not only a League of Municipalities but we have also a fraternity of the men and women in government brought together by municipal interests, a really true municipal brotherhood." 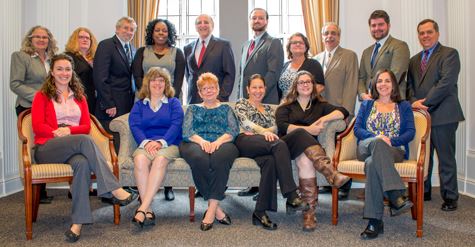