Throughout the 1990s, the League continued to fight against unfunded mandates and for significant and sustainable property tax relief and reform.

On February 20, 1991, Governor James Florio signed into law P.L. 1991, c. 29, the Local Government Ethics Law. The new law's stated goals were to enhance the public's confidence in the integrity of elected appointed officials with the establishment of a minimum standard of behavior to be met by officials and employees while conducting their public duties. The League played an active role through the legislative process, seeking the necessary balance between enhancing the public's confidence in public officials and protecting the interests and privacy of the very same officials. 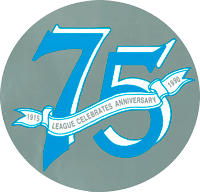 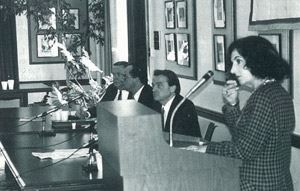 The League held its First Mayor's Legislative Day. This event was started to provide a unique occasion for local leaders to interact with individuals who are responsible for setting the current legislative agenda. It is a great way to hear, first hand, about the State's legislative agenda from the Governor, Administration officials and key members of the Senate and Assembly. Mayor's Legislative Day has since become an annual event.

In 1995, the League's decades long efforts to have the State legislature include a State Pay for State Mandates question on the ballot was finally achieved. Once included, the people of New Jersey overwhelming approved an Amendment to their Constitution that significantly curtailed the ability of the Executive and Legislative Branches of State Government to impose new costs on local budgets. Additionally, the amendment led to the creation of a permanent independent watchdog, the Council on Local Mandates, to invalidate any attempts to impose new unfunded mandates. In no other state exists such legislation to assure that municipalities have a constitutional recourse to an independent body that can invalidate an unfunded mandate. 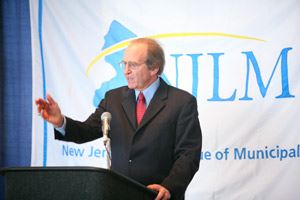 In 1995, Bill Dressel assumed the position of Executive Director, and has acted in this capacity for the last 20 years. Bill has announced his intent to retire on June 30, 2015.

On January 10, 1996, Governor Christine Todd Whitman signed into law P.L. 1995 c. 425, which revised the laws concerning interest arbitration for public police and fire departments. This act was a culmination of more than 4 years of continuous effort by the League and its allies, including the Governor, State Senators Peter Inverso and Bob Martin and Assemblymen Paul DiGaetano and Bill Pascrell, to seek reform to interest arbitration. Among other things, this bipartisan legislation directed the arbitrator to consider the local cap law as well as the impact on local property tax when rendering decision.

The legislation eased other administrative requirements and helped paved the way for additional reforms years later. 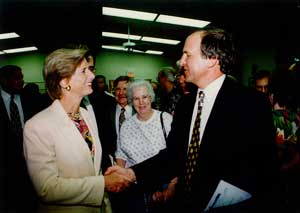 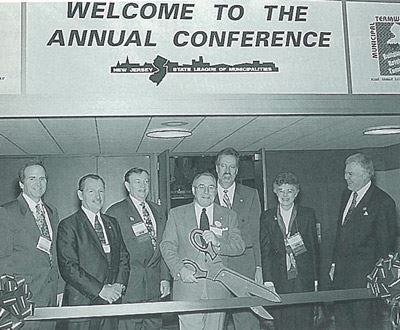 In 1997 the League's Annual Conference proceedings were moved to the newly constructed Atlantic City Convention Center.

In 1997, the Energy Tax Receipts Property Tax Relief Fund (ETR) replaced the Public Utility Gross Receipts and Franchise Tax (PU-GRAFT). That was a tax on regulated public utilities originally assessed and collected at the municipal level. In the early 1980s, for its own benefit and for the convenience of the tax paying utilities, the State became the collection agent for this assessment. The law that effected this change promised that the proceeds would be distributed back to the municipalities, which provide services to utility facilities and from whence come utility profits. The State of New Jersey neglected that commitment, immediately diverting large and growing portions of the proceeds to its own general fund. Modernization and deregulation led to a major reform of utility taxes in the mid-Nineties.

That reform law validated and, supposedly, capped the State's annual percentage. At the League's urging, future ETR municipal property tax relief funding was protected by the, so-called, poison pill. The ETR "Poison Pill" provides that, if the State does not appropriate and distribute Energy Tax Receipts Property Tax Relief (ETR) funding, in any year, in accordance with statutory requirements, then the State forfeits the right to collect the corporation business tax (CBT) from all corporate taxpayers that are not public utilities for that tax year.